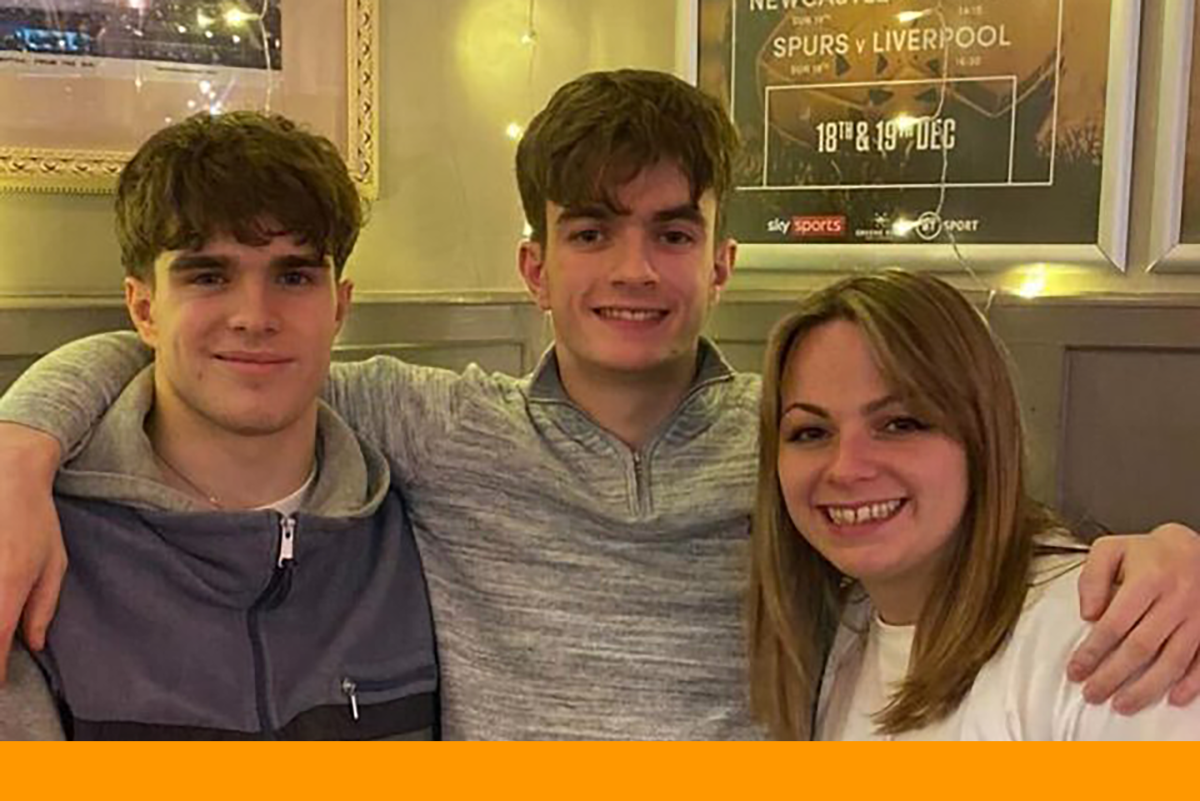 Hello! Allow me to Introduce myself, my name is Tom and I am the new Digital Marketing Apprentice here at Amplitude Media. I first stepped into the Digital Marketing world during the first lockdown back in 2020 and from there I decided to move on from my current course doing Business at Northampton college after the first year and do Multimedia Journalism instead.

And finally, after stopping and starting for what felt like an eternity, I was able to get an Apprenticeship with Amplitude media where I have been working for the last few months. In this blog, I will be discussing exactly that, and what I have learned and experienced in relation to the world of Digital marketing over the last few months.

I can remember my first day at Amplitude very vividly. I was greeted by the unrelenting barks from Emma’s dog Bonnie, which served well when making me feel at home! But aside from that, the warm welcome I received from my colleagues is something I haven’t experienced from a workplace in the past, and they treated me as one of their own immediately (except Bonnie, who wouldn’t do so fully for another couple of months!) They started immediately with introducing me to the type of work they do, the clients they commonly work with and the type of work I can expect to be doing in the coming months.

As time went on through the first month, so too did my familiarity with the work and surroundings I have been introduced to. While Bonnie continued to disagree, I felt that I had found the place to kickstart my career in the world of Digital Marketing. I was also Introduced to my training provider Startingoff and mentor who would be guiding me through my apprenticeship. She was brilliant at making the whole apprenticeship program in the coming year very clear to me and also announced that my apprenticeship would officially start on the 10th of January 2022.

My first month served as a period of time to familiarise myself with the company and workplace before I started my apprenticeship officially. The people here at Amplitude were able to do this effectively despite the limitations that the current pandemic continues to impose on all businesses. Speaking of which, only two weeks into my Job the government advised all businesses to work from home if possible, which Amplitude is able to do with relative ease. So after the first couple weeks, I found myself working from home. Despite the obvious limitations that could have on my development, Amplitude was able to keep the ball rolling where that is concerned, which is when I knew I had found the perfect place to start my career.

As my second month began, so too did 2022, and with it my apprenticeship officially began on the 10th of January. I was still working from home at this point, but that didn’t matter too much to me as I was excited to start my apprenticeship nonetheless. My mentor walked me through the tasks I will be completing in the coming months before I start to craft my portfolio. This is where my learning on Digital Marketing officially started as I was given the opportunity to complete tasks that would teach me things and then test my knowledge. I started by learning about the 8 P’s in marketing (which refers to a set of guidelines for all businesses to consider in the marketing mix) and what they mean. This was something I never knew before so I was excited that I was learning about this stuff so soon.

We agreed to dedicate every Tuesday to apprenticeship work as part of my “off the job” hours required for my apprenticeship. This would be time I would use and will be using to further my knowledge on Digital Marketing and later crafting my portfolio that will be integral to my overall grade next year. I was also able to return to the office on occasion and was also able to help out with a photoshoot with our client Gloverall. This would serve as my first ever experience with photography and surprisingly I found that I enjoyed the entire process, which is only surprising to me because Photography isn’t something I have ever really shown any interest in until now.

I also have had the chance to fully experience how amazing the team I work with is.  One would assume that the team is twice as big as it actually is due to the efficiency that they work with. That isn’t a hyperbole either, Millie (Amplitude’s former apprentice) said something similar in her first blog, and in my opinion, It’s one of the many reasons why Amplitude continues to grow every day.

During my second month I was introduced to the complicated world of spreadsheets, which Amplitude primarily uses to keep track of products for photoshoots. I would also be given the opportunity to develop my skills with different Adobe software as I was given the task to do colour matching, spot checking and sorting through BTS (behind the scenes) footage to be sent to a client. Along with this, I was also given the chance to create a BTS video for Amplitude with some guidance. All of these tasks required different software which helped aid in my development by introducing variety in my creative skillset.

I am halfway through my third month at the time of writing this, and my experiences with being an apprentice at Amplitude has not disappointed me in the slightest. So far I have been given a level of support, guidance and opportunities unlike anything I have experienced before. As mentioned before, I do truly believe that I have struck gold with landing an apprenticeship at Amplitude.

However, just as the ball really started to roll with my apprenticeship program, I was struck down by COVID-19. It hit me really hard early this month which brought my development to a complete halt for over a week! Despite this, Amplitude were very supportive with me taking time off to heal and I felt no pressure from them to get back to work ASAP.

I have only been back for a few days, but I can say with confidence that I am happy to be back working in the Amplitude office. I feel as though I am now a full part of the team I have been settling into over the past few months, especially since Bonnie has finally stopped barking at me every time I enter her line of sight!